Now first off, let me state, that I realize exactly how suspicious people get (and I do as well) when Corporations throw up a flag and put up a booth at pride events. This kind of skepticism can often be amplified when a chain seems to be trying to find a new win, However when you remember that many of us grew up learning about ourselves from shows like Sally Jessy Raphael, or Jerry Springer, seeing positive support via random rainbow flags, helps us feel welcomed by society.

Burger King’s new Ch’King sandwich is excellent. As I have never been a fan of the whopper nor did I care to try the meatless impossible whopper, it’s been quite a while since I have had any real want to visit Burger King and with this new Ch’King Sandwich, I believe that will change.

The chicken is tasty and the sauce does not over-power the chicken or the quality pickle chips that seem to be on the sandwich. The deluxe offering sports some lettuce and a pickle as well, and the Spicy version while tasty, it’s the spiciest sandwich on the market for sure, if that’s your thing.

Burger King launched their new Ch’King Sandwich not only by mimicking the the production style of Chick fil A, but also by throwing some shade by offering donations to the Human Rights Campaign for every sandwich sold.

Now most of us likely recognize the real shade here as Chick fil A has been known to donate to some very shady religious organizations that try to erode pride and equal rights, and while Chick fil A as a corporation has stopped their hundreds of thousands in donations in recent years, the owner of Chic Fil A still donates himself, even if it’s a much more modest amount equaling less than $10,000 a year when I researched the subject.

Now I understand everyone has personal views and I certainly don’t want to demonize any individual for supporting Chick fil A. At the same time, I want everyone to know there is a quite excellent option on the market that doesn’t support  National Christian Charitable Foundation and their attempts at derailing the Equality Act

Romans 13:10, teaches, “Love does no harm to a neighbor, therefore love is the fulfillment of the law.” but sometimes you need to do more than do no harm, and in this case, at least Burger King wants to be on the side of change. 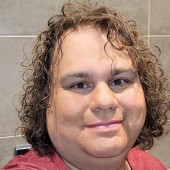